ARIA provides an attribute which allows to attach other elements as descriptions to an element. They work pretty non-uniformly in modern browsers and screen readers, and as such they must be used with extreme caution.

In addition to an element's label (see Labelling elements using aria-label and aria-labelledby), screen readers can announce a referenced element (or more than one) as its description.

Using aria-describedby, any number of elements can be set as description(s) of another element (by referencing their IDs). For example, the following link's description is "The world's best known search engine":

By the way, elements hidden using CSS can still be referenced:

So a screen reader will announce:

Adding a description to an element using aria-describedby 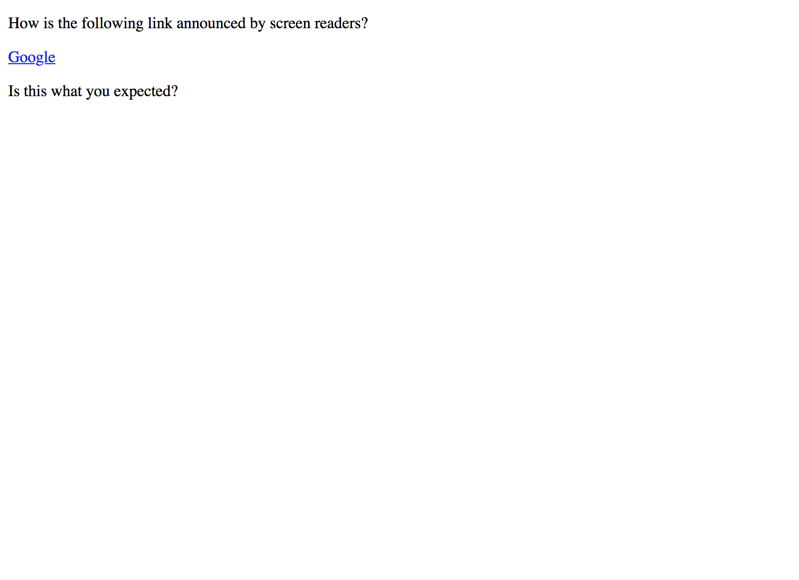 The value of aria-describedby can contain more than a single ID. Each referenced ID is attached as a description. 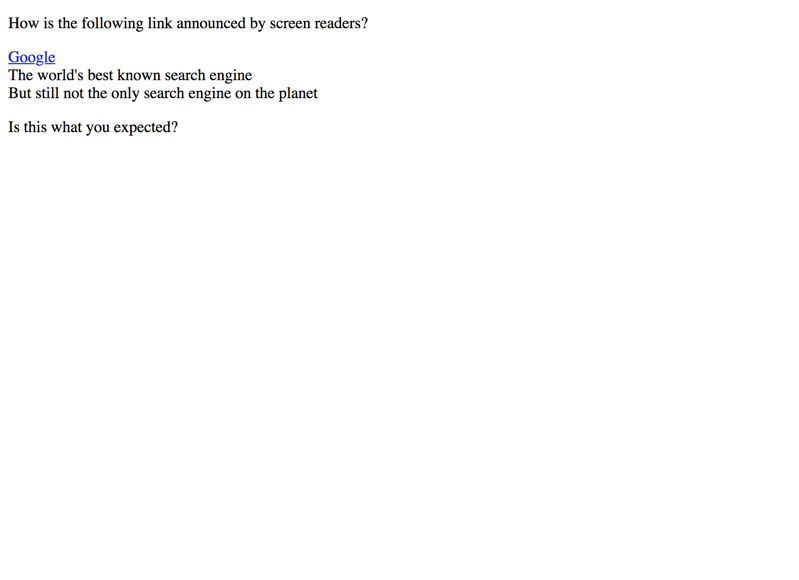 Both Firefox and Internet Explorer respect aria-describedby only in focus mode. As such, it does not make sense to add it to non-focusable elements.

Text hidden with display: none but referenced using aria-describedby is not searchable in browsers. This is confusing to screen reader users, as they may not be aware of any difference between "normal" text and aria-describedby text.

The only case where we truly recommend the usage of aria-describedby, is to attach additional information to interactive elements.

For this, the information itself must be visible (and as such discoverable also in browse mode) and as close as possible to the element it describes.

If instead you need to attach information that itself is invisible, you better use visually hidden text (see Hiding elements visually by moving them off-screen). For an example, see Indicating form controls as required using asterisks (*).

Due to the described peculiarities and side effects, we in general do not recommend to use aria-describedby, except for adding information to interactive controls.