HTML 5 client side validations are a very useful feature: they allow rudimentary validation of user data without submitting anything to the server. They are supported to a high degree by modern browsers and screen readers. Still, you should obviously never think of them as a complete replacement for server side data validation.

HTML 5 client side validations have a lot of benefits, for example:

Validations can be added in two ways:

The following example demonstrates a few of those validations: 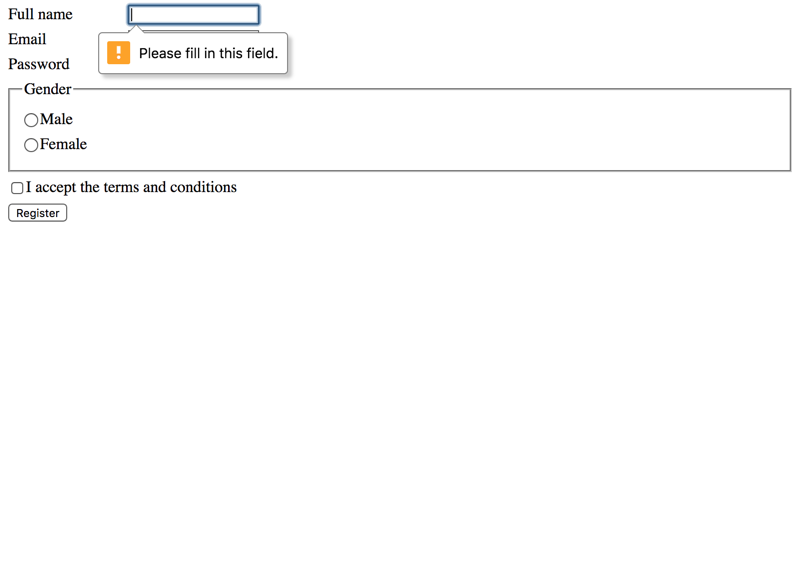 You should only be capable of submitting the form when all input is valid.

All browsers handle these validations to their likings. In general, they work quite similar: when the user submits the form, the browser sets the focus automatically to the first invalid input. The validation error is then announced by the screen reader.

A few notes though:

If you like, you can manually set the attribute invalid to an invalid input:

But please do so only after the user has already interacted with the input: it is annoying to visit a "fresh" form and have all required (but initially empty) fields announced as "invalid" by default.

As seen in the example above, it is good practice to provide a human readable explanation of a required pattern using the title attribute. Its value will be displayed together with the browser's validation error.

Notice that this does not work for other validation types. So for example, it is not possible to override the standard message for inputs that have only a required attribute.

From an accessibility point of view, for Internet Explorer it is not only good practice, but it's a clear requirement. Because if an input requires a specific pattern, but has no title, JAWS does not announce any validation error. So while a visual user at least sees a small popup "You must use this format" (admittedly not being of much help), a JAWS user will feel totally frustrated as there is no clue about a specific format.

The following example is especially problematic, as the field not only requires a specific pattern - it is also marked up as required: so users feel like they have done everything right after filling something into the input, but still they cannot submit the form. 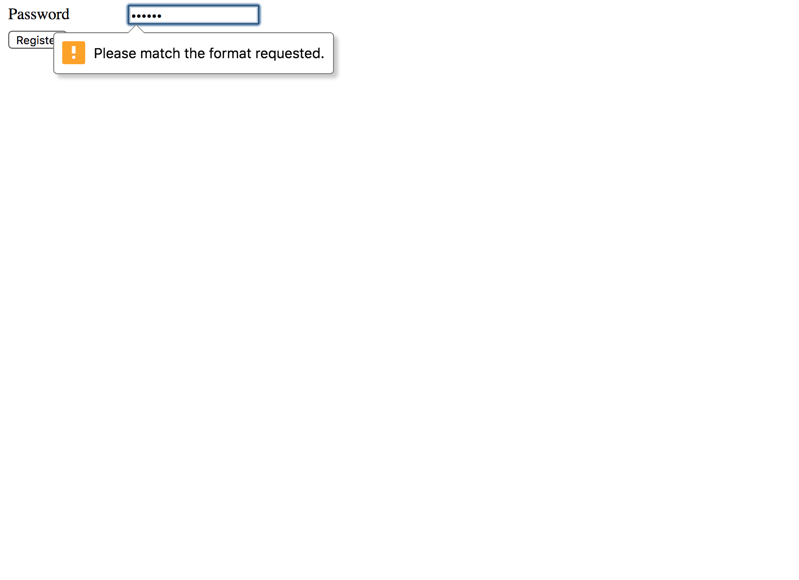 Many of HTML 5's attributes for client side validation also have a relative aria-* attribute.

For example, there is both a required and an aria-required attribute, as well as invalid and aria-invalid.

Both attribute types in general trigger the same screen reader announcements. Their main difference is that HTML 5 attributes also trigger client side validation in the browser, while the ARIA attributes do not.

In the following example, both HTML 5 (required) and ARIA (aria-required) validations are present. Do you spot the differences in screen reader and browser behaviour?

Required inputs with HTML 5 and ARIA

Just a note for completeness: while HTML 5 client side validations are a cool feature, they certainly are no replacement for server side validations. Because you never trust user data - do you?!

While HTML 5 validations can be used in an accessible way, they often remain an inconvenient technique for screen reader users. We do not recommend to use them intensely.