To hide an element visually means: visually (on a computer screen) it is not perceivable anymore, but non-visual clients (for example screen readers) still perceive it. There is no official technique for doing this, but there's a well proven workaround.

It may be surprising, but the only way to hide an element visually while retaining its perceptibility for screen readers is moving them out of the viewport using absolute positioning:

There are several implementations of this workaround. The one presented here is from CSS in Action (WebAIM.org). 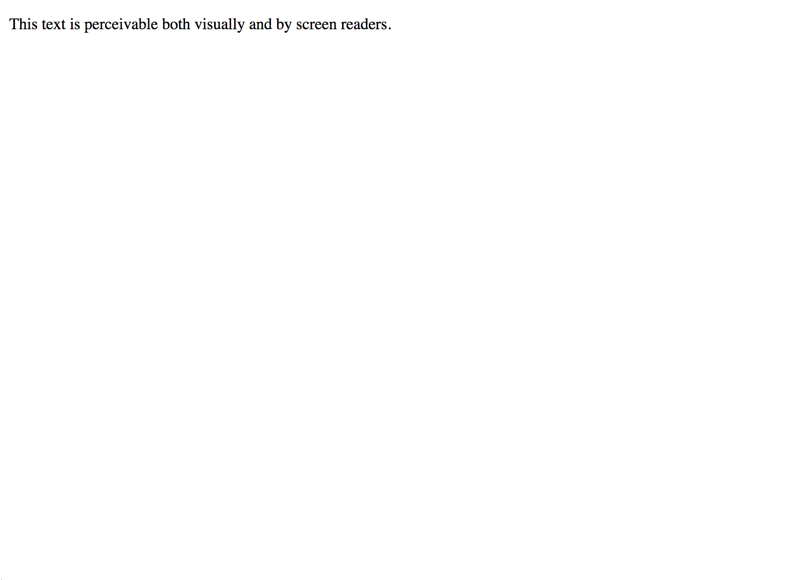 For example, this technique is useful to visually hide headings, as described here: Adding visually hidden headings to complete a page's outline.

If you are hiding focusable elements using the technique above, make sure that they will appear on screen when getting focus. This way keyboard only users do not "lose" focus when tabbing through a website.

In the following example, press the Tab key to focus and show the (previously invisible) "Jump to content" link.

Toggling visibility of a hidden element on focus 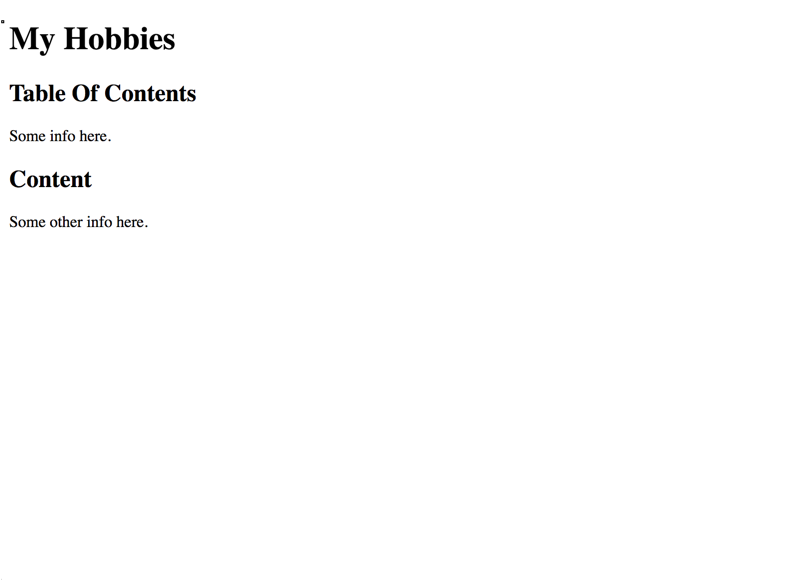 Side effects for visual users

The usage of this technique has some side effects for visual users:

Instead of moving elements out of the viewport, it is possible to replace or add text content specifically for screen readers using ARIA: Labelling elements using aria-label and aria-labelledby.